Bollywood films and Hindi songs are popular all over the world. The passion of films and songs is present not only in India but also in other countries of the world. There is also a craze for Hindi films and songs in USA, and in view of this craze, a production house has been established in Dallas, Texas, USA. It is USA based an entertainment company called Wild Bull Productions which is producing Bollywood style songs with local talent in USA.

US-based production company Wild Bull Productions is ready to attempt to win a larger share of the Indian film market. The production company is producing the high quality music videos and plan to enter the Bollywood as a big production house. The US based company want to grow and establish the name of the company as a producer of the Hindi movies soon. The company want to start a new office space in the Mumbai soon.

Firoz Samnani is doing the amazing work by creating a different identity for himself across the USA. Wild Bull Productions has an experienced and professional team in the field of casting, makeup and production. While the first song of this production company “Suna Tu” has been  released and a Bollywood style song “Tere Liye Hoon Main” is ready to release in the US, audience is very excited about this song.

The specialty of this production company is that many of their projects are in the pipeline. In many music videos, they will also feature some of Bollywood’s biggest stars, which will be officially announced soon.

So get ready, the production house is working in Mumbai, India along with USA. If you live anywhere in the US or India and has passion of acting or singing, then you can create a great Bollywood style music video by Wild Bull Production Company. You can show your skills in the video. 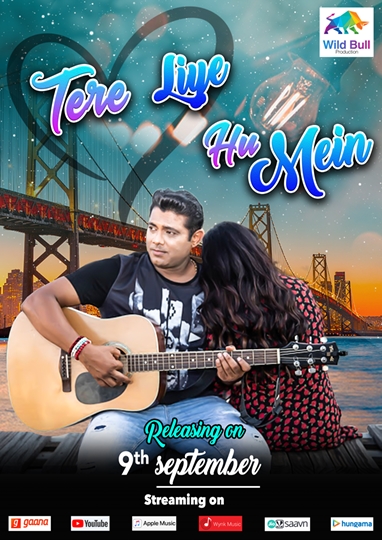 Wild Bull Productions has a large team of professionals who make the music video so attractive. Whether it is  recording the audio or the beauty of the locations in the video or a situation in the video or the new technology, You will find all of these things in the video of this production company.

Firoz Samnani is very excited to enter the world of Indian motion pictures.